Lunch with a former Matron 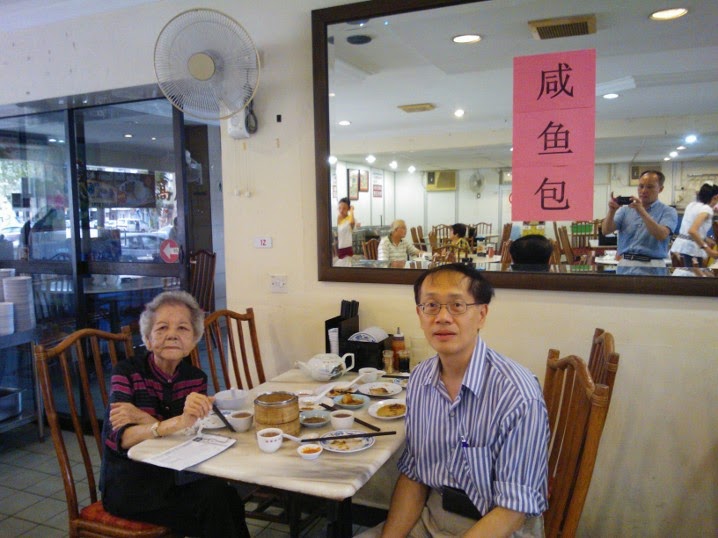 Lunch with Mdm. Lui How Kwan @ Kao Lee Dim Sum today.  She has so many intriguing stories to tell that the 2 hours with her seemed minutes.

Mdm. Lui is now 97 years old and is still very agile.  She speaks fluent English and her memory and speech are very much intact.  She is very thankful to God for all the blessings.

She was the former Matron of the Perak Chinese Maternity Hospital (now known as the Perak Community Specialist Hospital in Ipoh) and had worked there for 54 years.  She recalled her first job interview with Mr. Leong Sin Nam and Mr. Lau Pak Kuan which she described it as rather "scary".  "I didn't get the Matron job but was offered a nurse job instead".


Mdm. Lui delivered my younger sister when the doctor was not able to come on time.  She remains a close family friend.