A blurred and arid KL....and it could have been worse 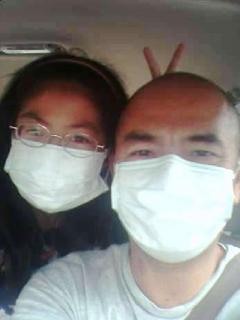 It had been 8 years since the last serious haze hit us. Traumatic for many......KL Tower & Twin Towers just simply disappeared.

Not too sure what the long term consequences would be..........but some thoughts did come to my mind last nite.

We must learn to be thankful for the current situation....as it could have been worse. Just imagine instead of just haze ….a combination of haze, water rationing and power cut simultaneously. All very possible because of the severe drought and demand for electricity as most people stay indoor and switch on their air conditioners.

Hopefull all of us will see this as a wake-up call and learn not to take anything for granted. 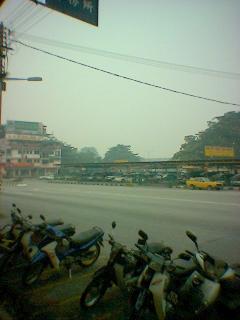 If you think you are going up North from KL, Klang or Putrajaya to escape the haze, think again! Ipoh is getting worse by the hour. The air is pungent all around. My eyes are smarting and itchy. S-N-E-E-Z-E.
Posted by Dr. Oon Keong Leong at 6:31 PM No comments: 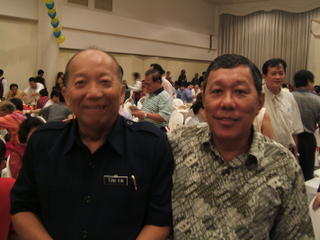 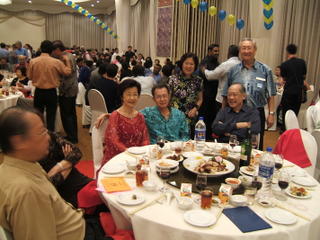 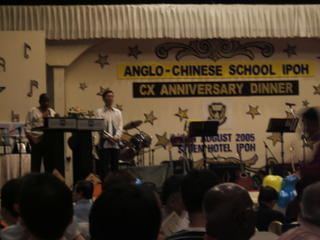 Mr. Chin Yoong Kim leading in the singing of the ACS school song 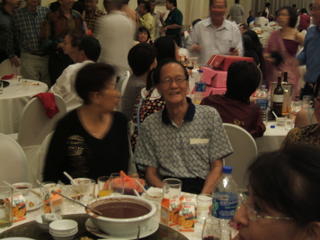 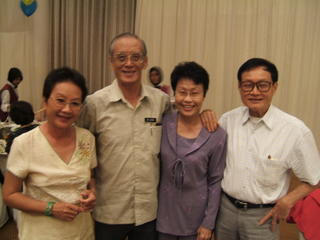 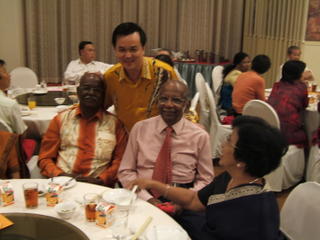 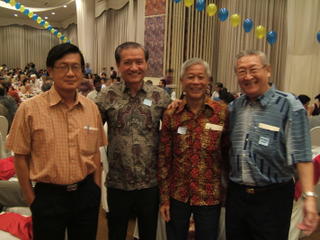 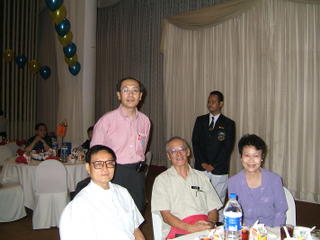 The reunion dinner was organised by the ACS Alumni Association which was formerly known as the ACS Old Boy's Association. It is strange that after all these years the total number of members does not exceed 200. The total number of students who have studied in ACS over these 110 years must be in the thousands. We should not forget our teachers and school where we received our early education. Perhaps it's time for us to consider a trust fund or anything which you can suggest to help the school and it's current students.
Posted by Dr. Oon Keong Leong at 6:06 PM No comments:

Email ThisBlogThis!Share to TwitterShare to FacebookShare to Pinterest
Labels: ACS 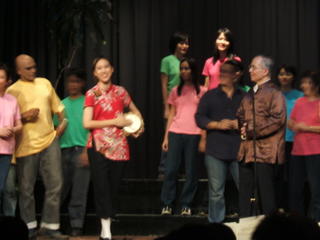 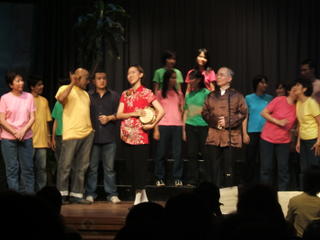 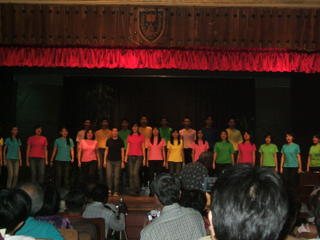 This concert was held on 6th August 2005 at 3.00 pm at the ACS school hall. Excellent performance. There was Eddy Chin, Romesh Roy, Jamie Chang, etc. (So sorry I couldn't find the souvenir programme to list all the names). Tea at the canteen followed. It ended at 5.00 pm. The reunion dinner was at 7.00 pm. Will post more photos later.
Posted by Dr. Oon Keong Leong at 12:46 AM No comments: