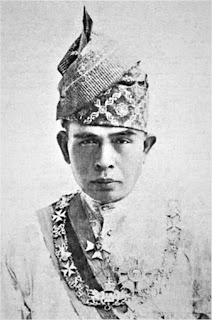 Sultan Iskandar Shah Ibni Almarhum Sultan Idris Murshidul Azzam Shah Rahmatullah GCMG KCVO (10 May 1876 – 14 August 1938) was the 30th Sultan of Perak. Perak at that time was part of the British-administered Federated Malay States.He stayed at the Istana Kenangan, then moved to the Palace of Istana Iskandariah, Bukit Chandan, Kuala Kangsar.

He ascended the Perak throne in November 1918 following the death of his brother Sultan Adbul Jalil. It was during Sultan Iskandar's reign that the Dinding and Pulau Pangkor territories were returned by the British in 1935. Prior to that, both territories were administered as part of the Straits Settlements.