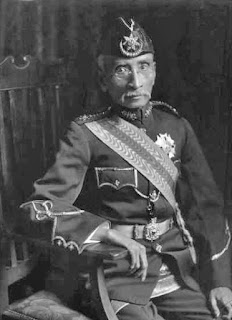 He succeeded his father-in-law, Sultan Yusuf Sharifuddin Mudzaffar Shah, who died on 26 July 1887, and ruled until his death on 14 January 1916.

In March 1900, he opened the Victoria Bridge, a single track railway bridge located in Karai, Perak. It is one of the oldest railway bridges in Malaysia, having been constructed between December 1897 and March 1900 by the Perak State Railway as a crossing over the Perak River to serve the local tin mining industry.

Upon returning to Perak in 1911, Sultan Idris health was under par and he rested at Port Dickson. Whilst recovering, he made a nazar, should he be restored a good health, he would build a mosque in Bukit Chandan. His vow later materialised with the erection of Ubudiah Mosque but he did not live to see it completed. Sultan Idris death on 14 January 1916 at the age of 66. He was interred at the Royal Mausoleum, Kuala Kangsar with the title of Marhum Rahmatullah. He was succeeded by his son Sultan Abdul Jalil Karamatullah Nasiruddin Mukhataram Shah Ibni Almarhum Sultan Idris Murshidul Azzam Shah Rahmatullah.