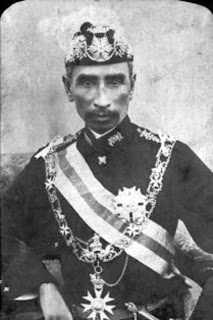 Sultan Abdul Jalil’s reign was somewhat brief and lasted only two years and ten months. He died on 26 October 1918 at age 50 and was interred next to his late father at the Al-Ghufran Royal Mausoleum in Bukit Chandan. He was succeeded by his half-brother - Sultan Iskandar Shah Ibni Almarhum Sultan Idris Murshidul Azzam Shah I Rahmatullah.